August 2022 until May 2023 Home and away matches See tickets

Compare prices for Liverpool tickets on our website and save our your football ticket purchase. We list football tickets for all Liverpool FC home matches at Anfield in Liverpool as well as for away matches in the Premier League, Champions League, FA Cup, and League Cup. This is a perfect opportunity to watch some world-class football in one of the most iconic football arenas worldwide.

The Reds of Liverpool are part of the top teams in England, alongside Manchester City, Chelsea FC, Manchester United, and Tottenham. The Premier League is arguably the hardest domestic football league in the world. But the club from the Mersey is up for the task to add another EPL trophy to its collection.

If you are visiting the north of England, whether on a business trip or for leisure with your family or friends, you have to come to Anfield and check out some of the best football atmospheres in Europe. Whether you are a die-hard Liverpool FC fan or just a sports enthusiast, the experience is worth every penny. For a start, we recommend you have a look at the prices first before you get your LFC tickets online. Use our price comparison tool. You will be able to check all secondary ticket marketplaces with availability and of course, the best prices for tickets.

Liverpool FC fixtures and ticketing info for the 2022-2023 season

Liverpool FC plays their home matches at the Anfield stadium, renowned for its incredible atmosphere and the legendary “You’ll never walk alone” anthem shouted out by the fans before the start of every match. The recent upgrades to the venue make it a 5-star stadium with a total capacity of 53394 seats.

How to get to Anfield stadium in Liverpool

The stadium is located in the north of the city of Liverpool, on the Mersey river’s right bank, approximately 3 miles from the city center. Getting to and from Anfield stadium is easily done by public transportation with either bus lines 17 and 26 stopping at Anfield. It can take up to 45 minutes to get there on match day, depending on traffic. 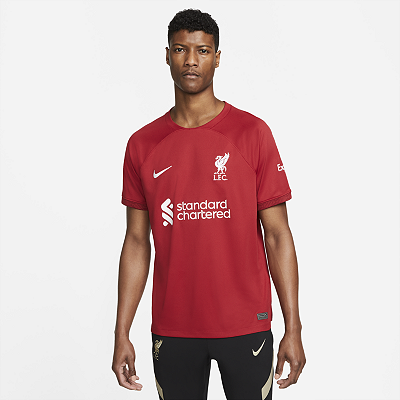 Other football club in Liverpool