August 2021 until May 2022 Home and away matches See tickets

Do you want to know how much FC Barcelona tickets are? This page is for you. Compare ticket prices for an FC Barcelona match on our website. You will find tickets for every Barça match at the Camp Nou as well as away matches in La Liga, Champions League, and Spanish Cup. Have a look at the fixtures and check ticket prices for Barcelona FC before you get yours online.

Barça will be one of the favourites to clinch the domestic title once again this season. In fact, besides arch-rivals from Real Madrid and the other club from the capital, Atlético de Madrid, no other club seems to be equipped to win La Liga. With a rejuvenated but still very exciting football team, Barcelona is still on the books to win the Champions League. The last time they won was in 2015. And it seems like an eternity for every FC Barcelona fan around the globe.

If you are planning to visit the city of Barcelona and the beautiful region of Catalonia, don't miss out! Get your Camp Nou tickets for FC Barcelona online now. You will have the chance to see one of the best football squads on the continent. We put at your disposal our price comparison tool. Thus, you can check prices between secondary ticket marketplaces. Getting the cheapest price for a match at the Camp Nou has never been this easy

Have a look at the fixtures list below to check for Barcelona's next match. You will be able to select from the home matches at Camp Nou as well as away fixtures. Buckle up for the action! Your football tickets to a Barcelona FC match are a few clicks away.

FC Barcelona fixtures and ticketing info for the 2021-2022 season

Get tickets for the Camp Nou Experience

The Camp Nou Experience is an unforgettable moment for any FC Barcelona football fan. It includes a visit to the FC Barcelona museum (Spain’s second-most visited museum) as well as a tour of Camp Nou. This activity is great for family and friends while you are in Barcelona on a weekend or holiday. You can spend some time looking at the trophies or feel like a player by going up the tunnel that leads to the pitch. Also very popular are the fantastic views of the Camp Nou from the near-empty main stand.

Skip the Line Tickets for the Camp Nou Experience
from 29.5€ TICKETS

Join the FC Barcelona waiting list for the 2022-2023 La Liga season (August 2022 - May 2023) and we will contact you as soon as tickets for FC Barcelona become available for purchase online. You will then be able to use our website to compare prices for FC Barcelona home and away matches, and then buy your FC Barcelona tickets for a match at Camp Nou in advance and at the best online price for every La Liga fixture.

Barcelona plays its home match at the gigantic Camp Nou. The stadium has a capacity of 99354 seats and is the biggest stadium in Europe. Despite the huge amount of available seats for every match, it can be tricky to score your ticket for an FC Barcelona match at Camp Nou as the socios (club members) own the majority of seats.

It was built using concrete and iron between 1955 and 1957, according to a joint design by Francesc Mitjans Mio, Josep Sóteras Mauri, and Lorenzo Garcia Barbon.  The entire project cost 288 million pesetas resulting in the club being heavily indebted for the next few years.

How to get to Camp Nou stadium in Barcelona

The venue is located in the southeast of the city of Barcelona, in the Barri Les Corts. You can get easily get to Camp Nou by public transportation as the stadium is well connected by public transport. Metro Lines L5 (blue), L3 (green), and L9 (orange) all have stops at the proximity of the stadium. You can also reach a match by bus or tram.

Other football club in Barcelona 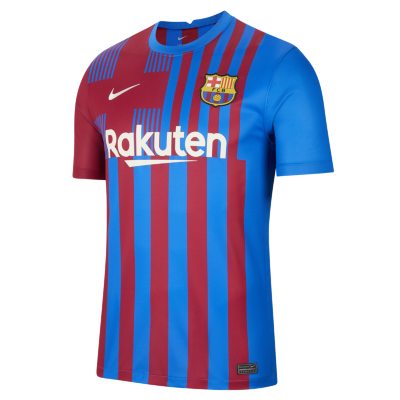